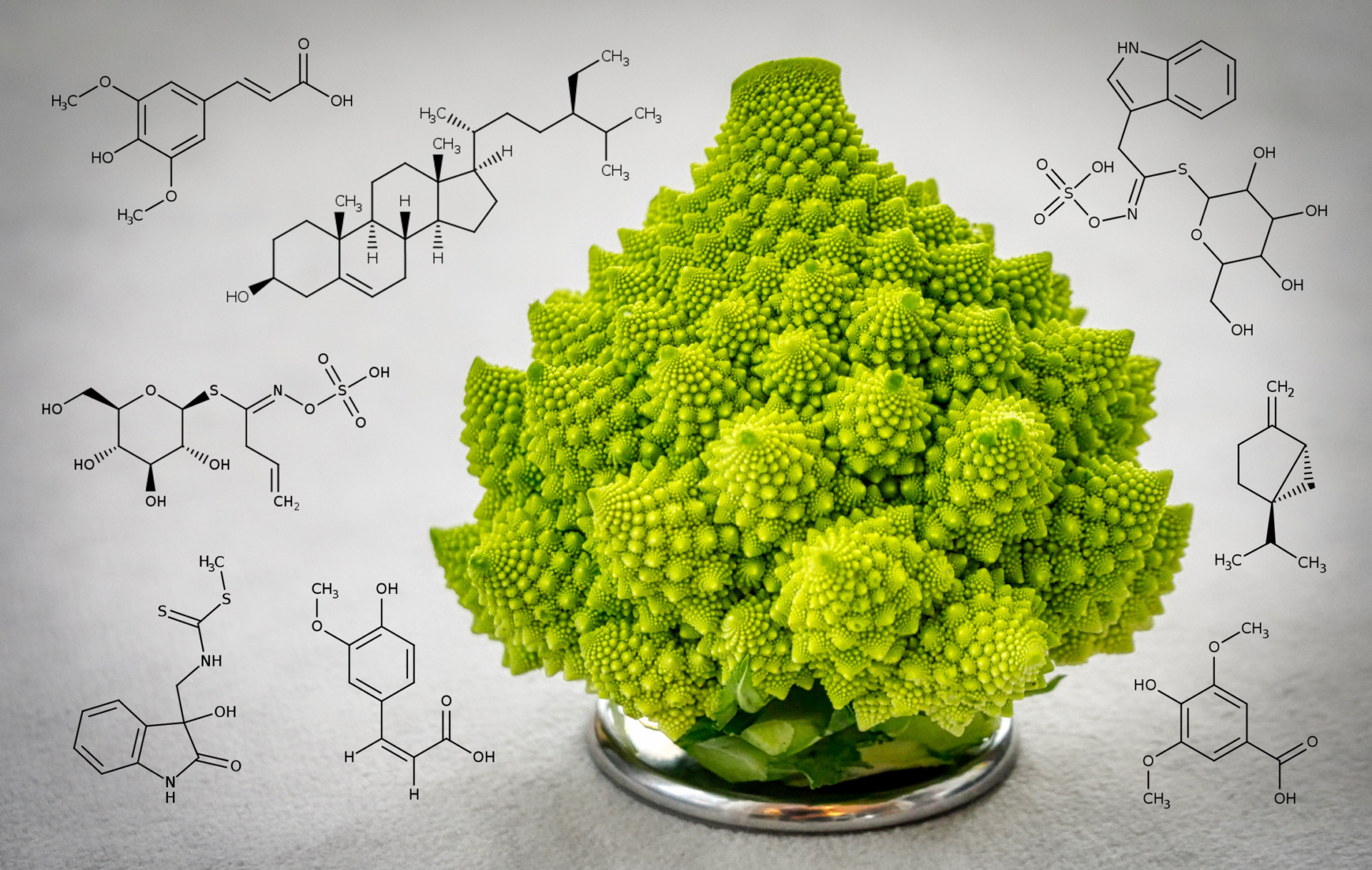 Phytochemicals – what are they and why are they important for us?

Afekta is a company focused on analysing phytochemicals from foods. What are phytochemicals and why is it important to measure them from our diet? To get straight to the point: phytochemicals are small molecules produced by plants. Because plants cannot change their location to escape threats such as herbivores, pests, or environmental changes, they have developed an incredible range of different molecules instead. There are an estimated hundreds of thousands of different phytochemicals; they include some very familiar compounds but the majority of them are poorly known. Some of the most well-known phytochemicals include caffeine, which is the stimulant component of coffee and tea. Other examples include β-carotene, which is responsible for the orange colour in carrots and many other plants and can be transformed into vitamin A, which is important for eyesight. Lutein is needed for the optimal function of the retina. Plant sterols are a group of phytochemicals known for their cholesterol-lowering effect.

Phytochemicals are secondary metabolites, which means that they are not directly needed for the development, growth and reproduction of plants, but they will otherwise benefit the plant and help it thrive. Edible plants also contain a wide range of phytochemicals. Seemingly paradoxically, the phytochemicals in edible plants can improve or maintain the health of those consuming them – however, it makes sense when considering that edible plants have become some of the most successful plant species because of their wide cultivation. During thousands of years of agriculture, favourable traits of edible plants have been selected by humans both consciously and unconsciously. It was worthwhile for the plants to produce only phytochemicals that do not harm those eating the plants but may even give a benefit.

The most studied effects of phytochemicals on humans include possessing antioxidative properties, modulating cell functions, regulating gene expression, and ameliorating systemic inflammation (Rodriguez-Casado 2014). One important example of how phytochemicals can promote health on a cellular level is the regulation of transcription factors called NF-κB and AP1, which if overactivated, may lead to malignant changes in the cells, eventually leading to cancer (Surh 2003). Phytochemicals, such as curcumin (in turmeric), [6]-gingerol (in ginger), and capsaicin (in chilli), have been shown to beneficially alter the activation of NF-κB and AP1, which may explain why consuming lots of plants is associated with lower risk of cancer, among others (Lanou and Svenson 2010).

It must be noted that the clinical evidence on the health-promoting effects of individual phytochemicals or phytochemical classes is far from being conclusive, and much of the current evidence is based on in vitro studies. Nevertheless, we know that the consumption of phytochemical-rich foods, such as berries, fruits, vegetables, nuts, and whole grains, has been associated with a reduced risk of several chronic diseases and mortality in epidemiological studies (Aune 2019, Schwingshackl et al. 2017). One plausible hypothesis to explain the limitations in clinical evidence despite the increasing epidemiological evidence is that phytochemicals work in synergy, meaning that the effect from the pool of phytochemicals present in plant foods far exceeds the sum effect of individually given compounds (Liu 2004). This also means that phytochemicals would hardly give an effect if consumed individually as supplements, compared to receiving them together in their “natural habitat”, within plants themselves.

Phytochemicals can be roughly divided into three main chemical classes: polyphenols (phenolics), nitrogen-containing compounds, and terpenoids (PhytoHub database). Each of the main classes can be further divided into several important subclasses, such as carotenoids, flavonoids, and phenolic acids (Figure). While the PhytoHub database of dietary phytochemicals currently contains 1902 curated entries, it has been estimated that more than 70 000 different compounds exist in edible plants (FooDB database). Considering the synergistic nature of the potential health effects of phytochemicals, it is apparent that we need wide-scale, holistic approaches to determine not only the most well-known phytochemicals from foods but everything that is detectable.

Even if we leave aside the health-promoting mechanisms of phytochemicals as something that needs further verification from the scientific community, their measurement from foods serves another very relevant purpose. Many food processing techniques that include refinement, such as using only the starchy endosperm part of whole grains to make flour and bread, tend to drastically reduce the beneficial health properties – and the phytochemical content – of the final product (Okarter & Liu 2010, Schwingshackl et al. 2017). Therefore, by measuring phytochemicals from processed foods and comparing them with the phytochemical content of the unprocessed plant material, we can estimate how much is left of those properties that make the raw material healthy. This information is something that is currently not available for commercially available food products, and to have even an educated guess requires knowledge of food processing techniques and the food itself. Not all food processing is detrimental to the health properties of foods, however; microbial fermentation, for example, may even introduce new kinds of bioactive components into the food.

With our Fytovore concept, we aim to bring phytochemicals more into the awareness of the food industry and consumers. We want to promote the production of healthy and sustainable foods and help companies and consumers to make more informed decisions when developing or buying food products. With this series of blogs, we will provide up-to-date information about phytochemicals in layman language, which we hope will help to make everyone more aware of phytochemicals, the hidden wonders of plant-based foods.

Aune, D. (2019). Plant Foods, antioxidant biomarkers, and the risk of cardiovascular disease, cancer, and mortality: A review of the evidence. Advances in Nutrition, 10(Supplement_4), S404-S421.

Rodriguez-Casado, A. (2016). The health potential of fruits and vegetables phytochemicals: notable examples. Critical reviews in food science and nutrition, 56(7), 1097-1107.